In 2009 our kindergarten community was engaged in the process of planning, building, planting and celebrating our edible garden. The garden is known as “Dot’s Patch” in recognition of Mrs Dorothy Howard, the lady who in the early 1950’s recognised a need for a community kindergarten and set about the task of fundraising to build Auburn South Preschool. In Dot’s Patch the children learn about our environment and sustainability.

Dorothy’s story has been recognised in the form of a beautiful mosaic, which takes pride of place in our gorgeous and productive vegetable garden. In April 2015, a photographer from the Progress Leader was present to capture the moment the mosaic was unveiled. Attendees included Mayor Coral Ross, Maureen Colman (a past member of the teaching staff, who retired in 2014 after 20 years of service) and Diana Azzopardi, Dot’s daughter. Check out the story: 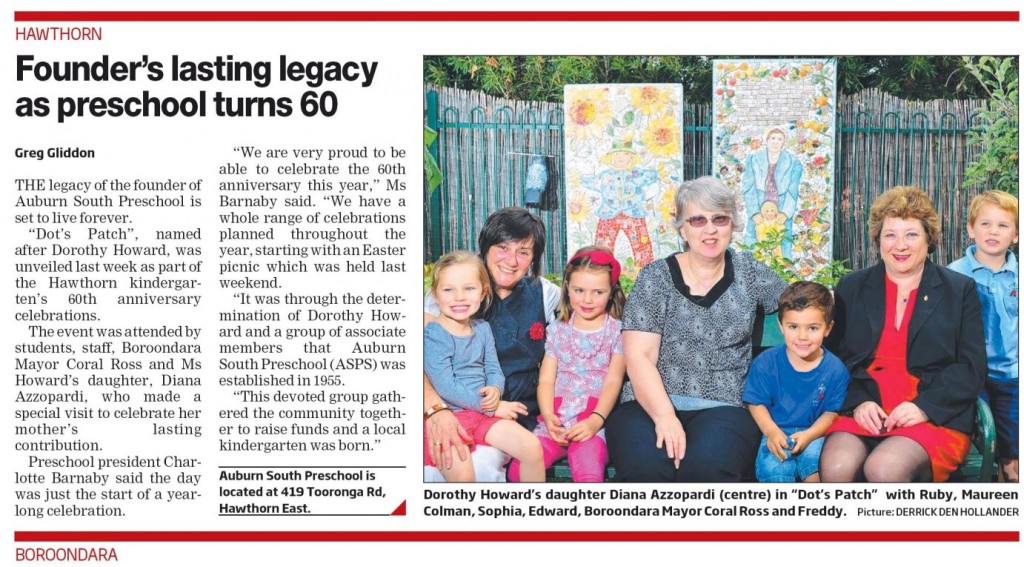